Exploring Recovery on the Silver Screen

Movies are meant to entertain, but they also tell powerful and encouraging stories that make us think about our own lives. Many moviemakers pluck life’s most challenging moments and curate them on the silver screen. That includes the crippling disease of addiction, which is experienced by more than 41 million Americans who meet the criteria for a substance use disorder (SUD).

Filmmakers have a way of presenting addiction in various lights, whether that’s through comedy, the origin stories of world-famous entertainers or family struggles. Many of these movies feed into negative stigmas of addiction and aren’t always accurate portrayals of how the disease works. However, there are movies that also capture the essence that millions of people struggling with addiction aren’t getting the help they need to overcome the disease.

While the stories depicted in most movies are fictional, please understand that addiction recovery isn’t. Overcoming addiction is a reality and an absolute possibility for millions of people, many of whom might not even know they’re struggling with drugs or alcohol.

We’ve curated a list of five of the most thoughtful and inspiring movies that use addiction recovery to invoke self-reflection. These movies, however, aren’t exclusive to people struggling with drugs or alcohol. Gather a group of loved ones and watch these movies whether you or someone you know is in addiction recovery, or if you’re looking for a powerful, redemptive story that follows the ups and downs of a person struggling with addiction.

You’ll see five of the best movies, where the actors illustrate different scenarios, including a family history of substance abuse, dealing with job-related stress and navigating through the day-to-day challenges of an addiction treatment program.

WARNING:  While the addictions shown in these movies are fictional, some of the scenes contain graphic content that might trigger a relapse. Try going over the movie list with a peer, a counselor or a loved one who can help you decide if it’s ok to watch. Call 888-448-0302 to talk to a recovery specialist at Landmark Recovery.

We hope these movies remind and encourage you that there are treatment programs and people willing to help. Here’s a list of five of the most inspiring movies to watch about addiction recovery. Michael Keaton stars in this 1988 drama about Daryl Poynter, a successful real estate agent who suffers from the effects of cocaine addiction. Daryl’s addiction lands him in legal trouble after he embezzles nearly $100,000 of his company’s money, then loses it on the stock market. When Daryl wakes up next to a woman who’s died from a cocaine overdose, he attempts to hide out from the police and his company’s investigation in a drug addiction treatment center that will maintain his anonymity. Daryl winds up accepting the help offered during the treatment program and eventually recovers from his cocaine addiction.

“Clean and Sober” illustrates the reality that addiction can happen to anyone, regardless of race, gender or socioeconomic status. No matter what point of your recovery you’re in, it’s important to note that addiction is a disease that can be developed under any circumstance that presents risk factors for substance use, like stress from a high-paying career. Research suggests that wealthy people face extreme stress from their careers and financial obligations compared to the general public. As a result, many people turn to alcohol or drugs to cope, and face the risk of developing an addiction.

If they experience legal or financial issues, their wealth allows them to avoid consequences like jail time or the loss of employment. We see this play out in the movie when Daryl tries to use his wealth to flee the country and avoid questions about the stolen money and the young woman who overdosed. In this redemptive romantic comedy, actress Sandra Bullock plays Gwen Cummings, a New York newspaper columnist who struggles with drugs and alcohol. After Gwen crashes a stolen vehicle into a house, a judge gives her two choices: go to jail or court-ordered rehab. Gwen chooses rehab and is sentenced to complete a 28-day inpatient rehab program.

She initially refuses to participate in the treatment program and finds herself in danger of being kicked out of treatment after she’s caught sneaking pills into the facility with the help of her boyfriend. Gwen is given a second chance, which she uses to actively engage in group therapy sessions and grow closer to her peers at the facility. She completes the treatment program, attempts to rebuild the relationship with her estranged sister and breaks up with her enabling boyfriend to focus on her recovery journey.

We see Gwen continuously faced with real-life challenges that fuel her substance abuse and also threaten her impending recovery. For starters, she’s romantically involved with someone who enables her substance use, even when she begins to take her treatment program seriously. Addiction treatment centers are meant to be safe and substance-free environments, and Gwen’s boyfriend proves to be a danger to her recovery when he helps her sneak pills into the facility and then brings her alcohol during visitation.

It’s also worth pointing out Gwen’s family dynamics. Research from the National Survey on Drug Use and Health shows that more than seven million children in the United States live in households with at least one parent who experienced a past-year SUD. The movie highlights how Gwen’s family has a history of addiction.

Her mother died from a drug overdose when she was a child. These types of traumatic events can stunt the development of a child. However, “28 Days Later” shows viewers how the camaraderie and peer support developed during rehab can be used as tools to overcome addiction, which is often developed as a way to cope with grief and other negative emotions. The 2004 biopic stars Jamie Foxx as rhythm and blues (R&B) music legend Ray Charles. The movie follows the life of Ray, who loses his sight as a child before ascending to a successful music career spanning decades. That includes hit songs, worldwide tours, awards and his home state of Georgia adopting “Georgia on Mind” as its state song. But Ray’s success story is not without controversy, which we see examined throughout the movie.

Overcoming the Effects of a Heroin Addiction

The movie shows Ray navigating through affairs, racism experienced during the civil rights era and various business problems with executives and musicians within his camp. However, none of the issues portrayed in the movie give Ray more problems than his struggles with an addiction to heroin, a natural opiate. Ray is often confronted by his wife about his opiate drug use, is arrested multiple times for drug possession and even suffers from the death of a loved one due to drug overdose.

Ray’s final arrest for drug possession leads to a court-ordered rehab stint at an inpatient treatment center, where he works to overcome his heroin addiction. During medical detox, Ray experiences common, but uncomfortable opioid withdrawal symptoms, including nausea, vomiting and involuntary muscle twitches. We also see Ray experience hallucinations, during which he visualizes his mother, who criticizes him for letting his addiction “cripple him” more than his blindness. Fortunately, Ray accepts the help of the medical staff at the treatment facility and quits heroin for the betterment of his health, his personal relationships and his career. 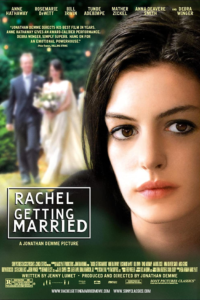 People recovering from SUD might find themselves alienated from loved ones as a result of their addiction. We see this play out in the 2008 movie “Rachel Getting Married,” which tells the story of Kym Buchanan (played by Anne Hathaway). Kym leaves inpatient rehab to attend her sister’s wedding but struggles to reintegrate back into her family, who’ve seemingly distanced themselves due to her addiction. By the time Kym heads back to rehab at the end of the movie, we see that both she and her family haven’t completely healed from the pain caused by her substance use problems.

We could look at Kym’s return to rehab as a failed attempt at reconciling with her estranged family. We can also see Kym going back to inpatient treatment with unsolved family issues as one of the outcomes facing a person who leaves rehab early. After all, addiction is a disease that can test the limits of relationships.

One of the symptoms of SUD is that it causes a person to choose substance use over other activities or people that once brought them joy, like spending quality time with family and friends. Kym struggles to find happiness in many things related to her family, including her sister’s pregnancy announcement and wedding. The movie makes it clear that neither Kym nor her family is prepared to move past trauma, like her involvement in her younger brother’s death or the lies she told during treatment.

Kym’s return to inpatient treatment could turn out to be the best thing for her and her family. She gets to learn more about coping with stress and negative emotions inside a distraction-free environment until she’s ready to go home. Meanwhile, her family is free to discover their own form of healing. Denzel Washington plays an airline pilot named Whip Whitaker in this 2012 drama. During the movie, an intoxicated Whip heroically saves the majority of his flight’s passengers during a crash landing. However, Whip spends the rest of the movie under the microscope of an investigation by the National Transportation Safety Board (NTSB), which is examining the details of the landing.

Whip, who we see struggling to control his drinking, has the opportunity to clear his name at the impending NTSB hearing. However, he chooses to tell the truth about being under the influence when the plane crashed. Although Whip ends up serving jail time, he uses his sentence to get clean. He also spends time developing a stronger relationship with his son.

Towards the end of “Flight,” we get to see Whip demonstrate one of the most crucial steps to overcoming addiction. Rather than allowing one of the deceased flight attendants to accept responsibility for the alcohol discovered during the investigation, Whip admits in front of a room of officials and spectators that he has a drinking problem. At that moment, he takes back the power that alcohol addiction had over his life.

There is a price to pay – a jail sentence and likely expulsion from being a pilot. However, telling people about the addiction grants Whip an opportunity for restoration. He can restore his body from the harmful effects of alcohol abuse and his relationship with his son.

Other Forms of Mass Media Tackling Substance Use

If you’re not interested in watching feature-length movies but you’re still curious about the impact of addiction, we wrote a blog post about five of the most popular TV shows that explore teen substance use.

If you or someone you know is suffering from addiction and wants more information about addiction treatment, call Landmark Recovery today at 888-448-0302. One of our recovery specialists will answer questions, provide helpful resources and walk you through the admissions process. Visit our locations page to find a treatment center in your area.