The Effects of Cocaine 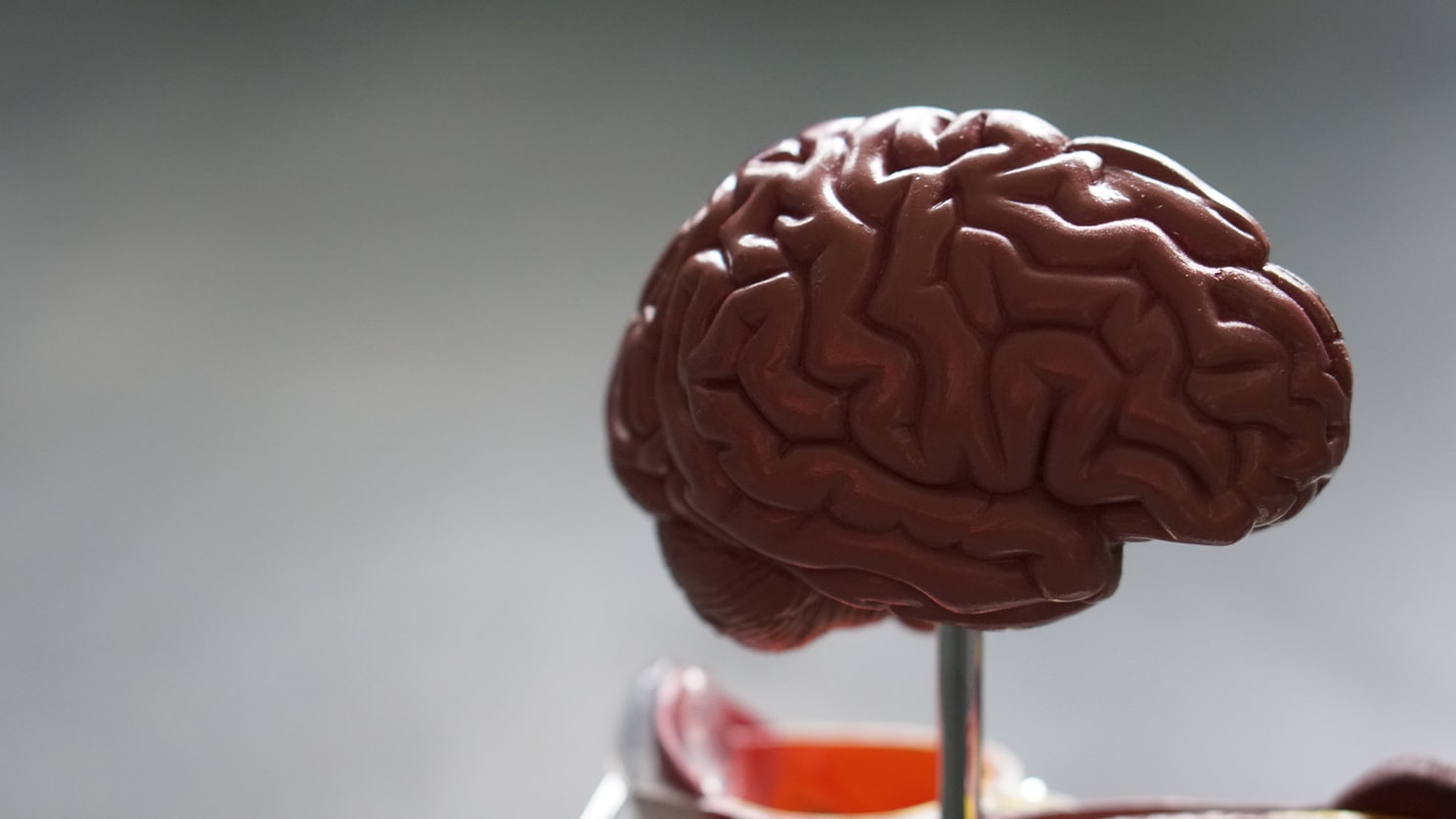 Cocaine is one of the most popular drugs in America despite the many adverse side effects and continual association with criminal activity. Its reputation for getting people hooked into a lifestyle they would never have anticipated is notorious, and the dangers of trafficking and dealing in this deadly substance are well known. Americans are brought up by associating the image of cocaine with addiction, danger, and a life of crime. However, millions of Americans still try the substance and many wind up getting hooked.

Since the mid 19th century, cocaine has been distilled and distributed as a recreational and medicinal substance and today remains one of the most popular party drugs in the world. Since the 1960’s in the United States, it has killed numerous pop culture stars and is a prominent substance associated with the downward spiral of addiction for high profile celebrities. Why do so many people fall victim to this harmful substance? The answer lies in the intense and unique high that the drug delivers, which stimulates the brain’s reward centers in ways that it was never meant to experience.

Your Brain on Cocaine

This drug is derived from the coca leaf present throughout South America and is known by multiple street names. Most cocaine is packaged in the white powdered form, though cocaine can also arrive with a brownish hue. The drug delivers a mighty flood of feel-good chemicals to the brain that causes an intense, immediate, euphoric high that often gets people hooked on the feeling. Some common street names include:

The cocaine high is intense and short-lived, causing cravings almost immediately after use. Those who use this drug may take it before a night out, or they may take it repeatedly for days at a time with no end in sight, often foregoing food and sleep to continue their “coke binge.” To sustain the high, they may chain smoke cigarettes or drink alcohol and keep smoking, snorting, or shooting up cocaine to chase the buzz and avoid the crash. Coke users often become paranoid, and in some cases, extreme cocaine consumption can induce psychosis.

The different forms and methods of injection can change the effects that this drug has on the body. In powdered form, the drug is snorted and takes roughly 30 minutes to achieve peak levels of absorption. In its crystal form, the cocaine can quickly deliver the euphoric high within minutes. Crack cocaine can be heated, and the vapors inhaled, or dissolved in a water solution and injected intravenously. Enzymes in the body dissolve about half the cocaine dose in about an hour, which means users are usually ready for another dose 40 minutes after ingesting the substance. The safest form is chewing the coca leaves, which produces significantly less stimulating effects and carries lower risks for abuse and overdose.

The Effects of Cocaine

As a stimulant, cocaine produces euphoric effects in the user that deliver an intense albeit short-lived high in the user. Feelings of happiness, confidence, and energy are common. However, there are also some physical side effects that will accompany any user’s high. They are as follows:

The Effects of Cocaine Abuse

All the above symptoms will accompany the high associated with cocaine. However, prolonged cocaine use can produce a series of other side effects that are closely related to the impact of the high. Someone who begins abusing cocaine on a regular basis may start to display some of the following signs:

The Effects of Cocaine Addiction

This kind of behavior is typical for someone struggling with a cocaine addiction. Their attempts to regulate their behavior with this substance has a created a dependency where they don’t feel entirely functional without it. This will result in the strange behavior patterns above and will eventually manifest in other ways. If you begin to spend more time with them, you’ll notice the prevalence of several of the following symptoms:

A common occurrence among cocaine addicts is displaying what seems to be intense mood swings from euphoria to depression. A chemical imbalance causes this in the brain that can only be restored by abstaining from the cocaine and staying sober for a period. It can be challenging to deal with someone who develops a cocaine addiction because they tend to pull away from others and hide their addiction as best they can.

According to the National Institute on Drug Abuse (NIDA), Roughly 5800 Americans died from a fatal cocaine overdose in 2014. This number is the most recent data entry for cocaine overdoses, and that same year there were approximately 1.5 million active cocaine users in the United States. Some believe that this exact figure could be even higher than initially thought. We know that cocaine is a popular party drug and that people from all walks of life partake in using. Massive amounts of the drug are trafficked from South America into the United States.

People sure do love their cocaine. The United Nations Office on Drug and Crime reported that in 2015 approximately 140 tons of cocaine were seized. That’s 280,000 pounds worth of cocaine. However, this number doesn’t even come close to the total number when you consider that amount of drugs that made it into the hands of users, addicts, and dealers. People from all walks of life and economic background partake in using cocaine. No matter how you ingest, whether in powdered form or the smokable “crack” cocaine from, it’s a potent stimulant that should be avoided at all costs.

Where Does Cocaine Come From Cocaine is a naturally occurring stimulant present in several species of plant in South America. The most common is the Erythroxylum coca that grows in the Andes Mountains. The natives chewed coca leaves for centuries to capitalize on their alerting effects and ability to increase endurance. When the Spaniards conquered the Incans in the 16th century, they attempted to ban the practice but wound up relenting when they realized that the drug helped slaves working in the silver mines to work harder.

Coca was imported to Europe where it was eventually purified by German scientists in 1860, bringing the drug into a new era of consumption. It first became popularized by the drink Vin Mariana in 1869. This concoction was a mixture of wine and coca leaves that became the rage in Europe and eventually found its American imitator in Coca-Cola, a tonic created by Georgie pharmacist John Pemberton. While the recipe is still a secret, coca leaves are no longer part of the formula.

Sigmund Freud famously popularized its medical application for overcoming lethargy and as local anesthesia. However, as more tonics and medicines were created using massive doses of cocaine and opium, the drug began to be recognized for the unhealthy side effects associated with abuse and withdrawal. Cocaine, along with opium, was finally restricted under the Harrison Narcotic Act of 1914. Cocaine reached a popularity peak during the 1970’s and early 80’s, where it was primarily trafficked into the United States from Mexico, courtesy the infamous drug kingpin, Pablo Escobar. Today, roughly 75% of cocaine enters the United States through the Southwest states of Arizona, Texas, and California.

The famous singer and guitarist Eric Clapton was a well-known cocaine and heroin addict who even wrote a song about his addiction, called “Cocaine,” which became a well known hit in 1977. The lyrics describe the ups and downs of the cocaine lifestyle, with lyrics like, “If the day is done, and you wanna ride on … cocaine”. Clapton is describing the stimulating effect that allows cocaine users to continually binge for days at a time while avoiding sleep.

Since becoming sober, Clapton has openly discussed his battles with addiction. According to interviews, Clapton supposedly spent upwards of $16,000 a week on drugs, something that eventually made him stop and reevaluate whether or not he was actually in control of the situation. In an interview with NPR, Clapton stated: ”Financially, it was ridiculous. The thing about that kind of addiction that’s pretty funny, on reflection, is that I always thought, ‘I’m handling this. I can handle it. I can stop anytime. I don’t want to stop right now.’” Other celebrities who survived overdose who have also admitted to having a cocaine addiction in the past include:

Cocaine overdose involves intense and unpleasant effects. The heart is essentially working overdrive, and the body enters into panic mode instead of experiencing a nice high. The increase in blood pressure creates what’s called “hypertension,” where the body and heart are thrown into overdrive. When your body is sent into overdrive, its internal systems are forced to pump blood faster, causing the body to heat up. This may manifest itself through sweating, a red face, and pacing or grinding of the jaw.

When people overdose on cocaine, it is often because they took the drug in tandem with something else. In some cases, they may have taken the drug unknowingly laced with heroin or another opiate. Another common occurrence is that people have a heart attack from the cocaine. They could also suffer from arrhythmia, respiratory arrest, or a seizure. Some of the typical signs of a cocaine overdose include:

The first indication of trouble should be anyone reporting chest pains or an irregular heartbeat. If someone takes cocaine and reports these signs, they may be experiencing an overdose, and medical personnel should be dispatched. At this point, the life of the person should be more important than the possibility of facing criminal charges. The sooner they can get help, the likelier they are to make it through the overdose.

One of the lethal aspects of cocaine is that it’s very to easy to become laced with another kind of substance that could potentially harm the user. This occurs because cocaine dealers may attempt to “cut” their product with other substances such as harmless baking soda or powdered sugar to gain a higher profit margin. Unfortunately, dealers may also include more potent chemicals in the mix that could get people more hooked or even cause a fatal overdose. Some of the most popular substances that are laced with cocaine include:

Drug and alcohol addictions are some of the most destructive forces in the world today, especially if the addiction is to cocaine. The process of healing ourselves, our families, our communities, and the world at large, starts with recognizing the danger that these substances represent. At Landmark Recovery, we believe in creating a supportive network of love and access to resources that can help you break free from the chains of addiction.